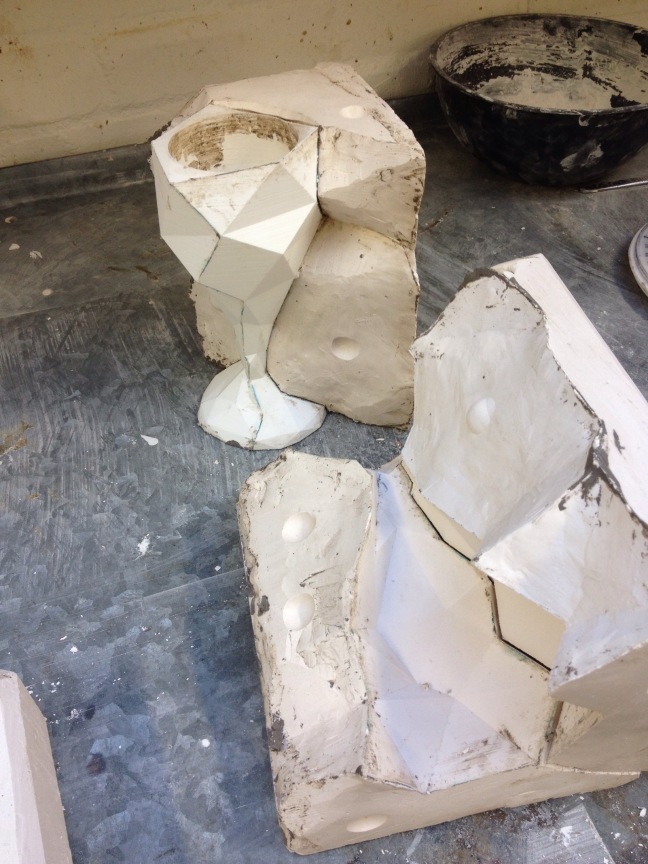 I have spent two days this week preparing the slip cast mild for my goblet.  Because of the undercuts in the piece I had to make a mold with five sections so that I will be able to remove the piece after casting.

First I marked out on the print where I would build the walls out to make the mold.  Or essentials where the seems would be.  After marking out two sections it quickly became clear that 3 walls were needed in order to get the piece out of the mould.

I covered two thirds of the piece in clay leaving just the third visible that would be cast first.

I then smoothed out the clay walls.

I clamped wooden walls around the piece, filled any holes with clay and poured in plaster. 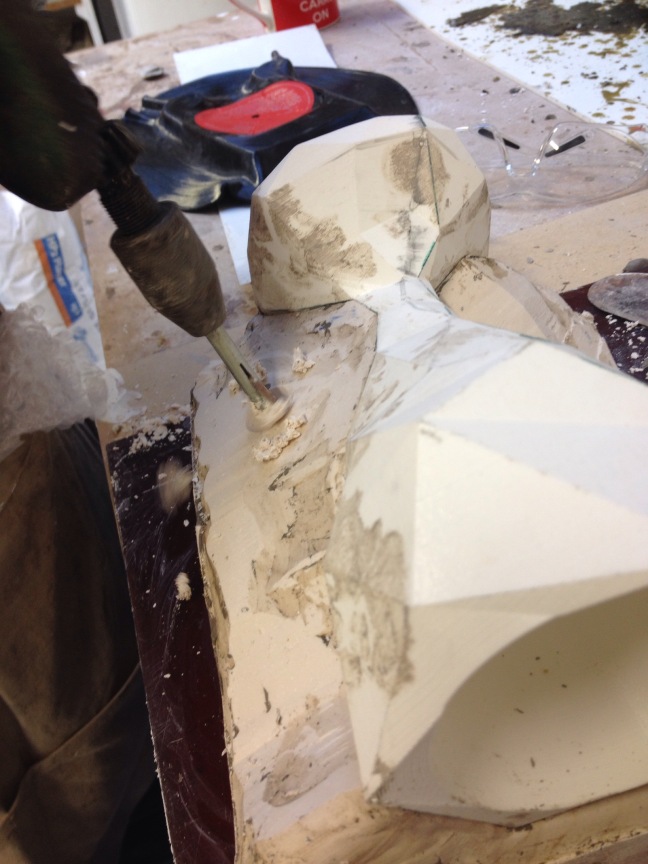 Once dry I took apart the mold and cleaned up the plaster a little.  The I drilled in a half dome so that the next part of the mold would lock in. 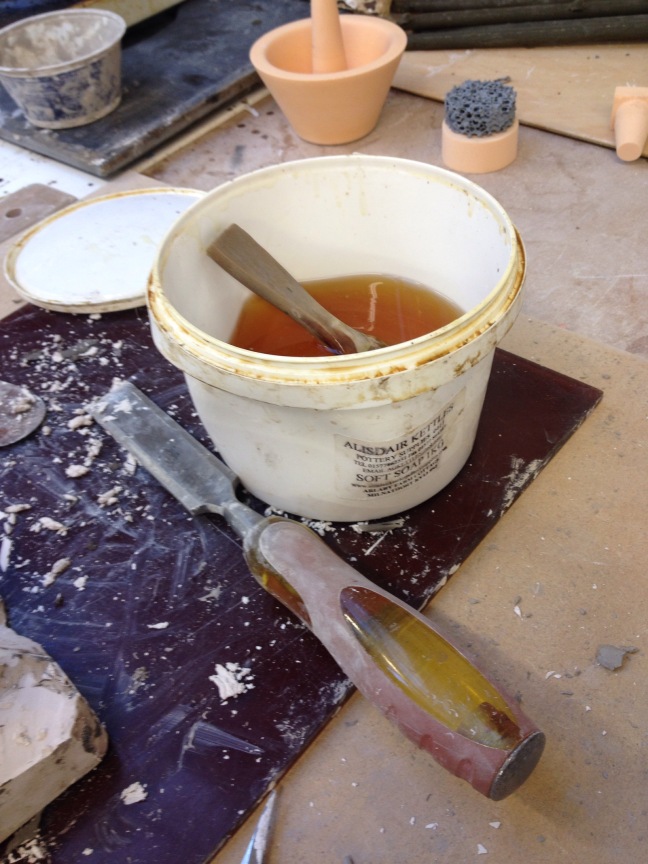 I washed the plaster three times with soft soap.

This was wiped off with a sponge and would keep the next plaster pour from sticking.

I then built the second wall and built up the wooden boards. 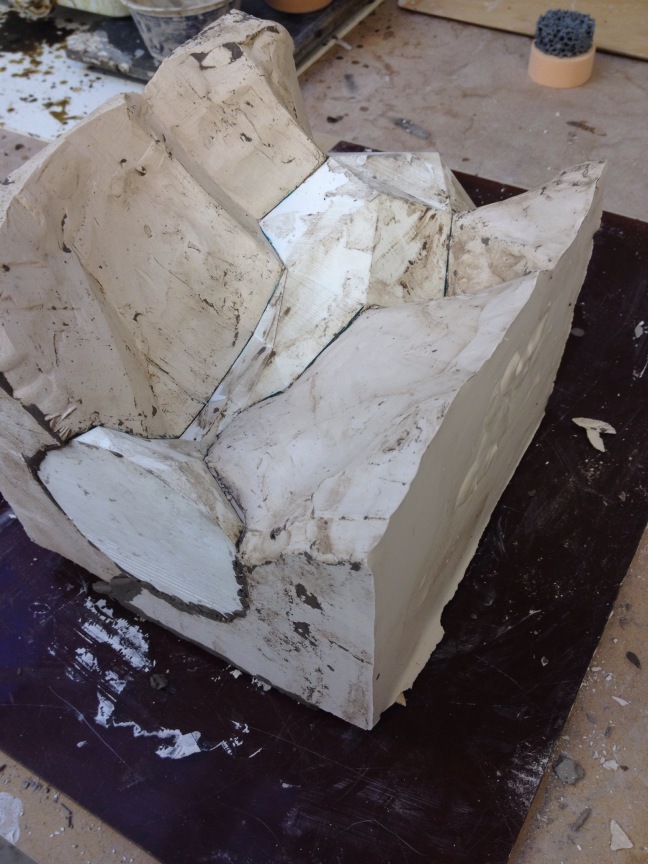 This was the result of the second pour after removing the walls and clay.

The process was repeated a third time to create the third wall. 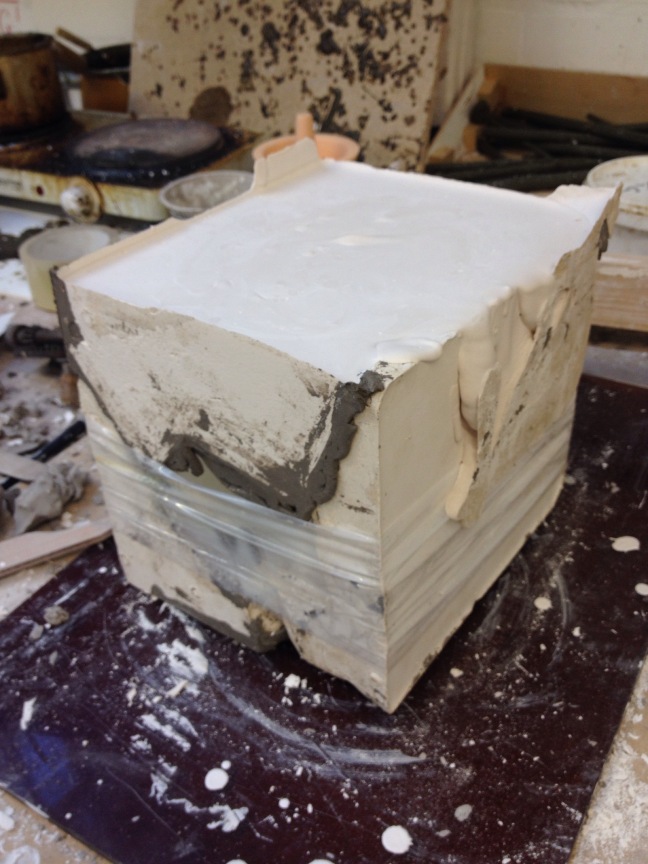 This is the three walls completed and the process took about seven hours to get to this stage. 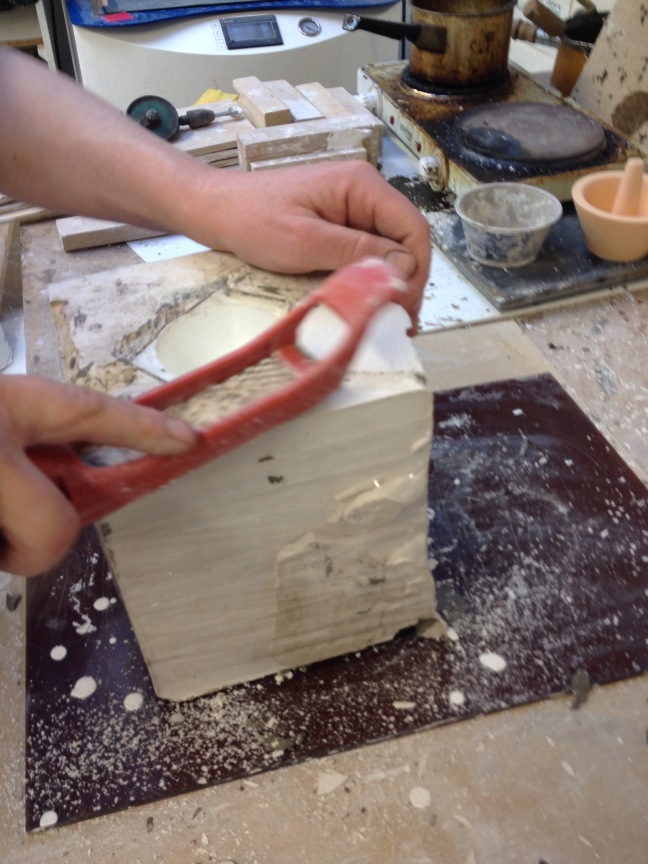 The top of the mold was then planed back. 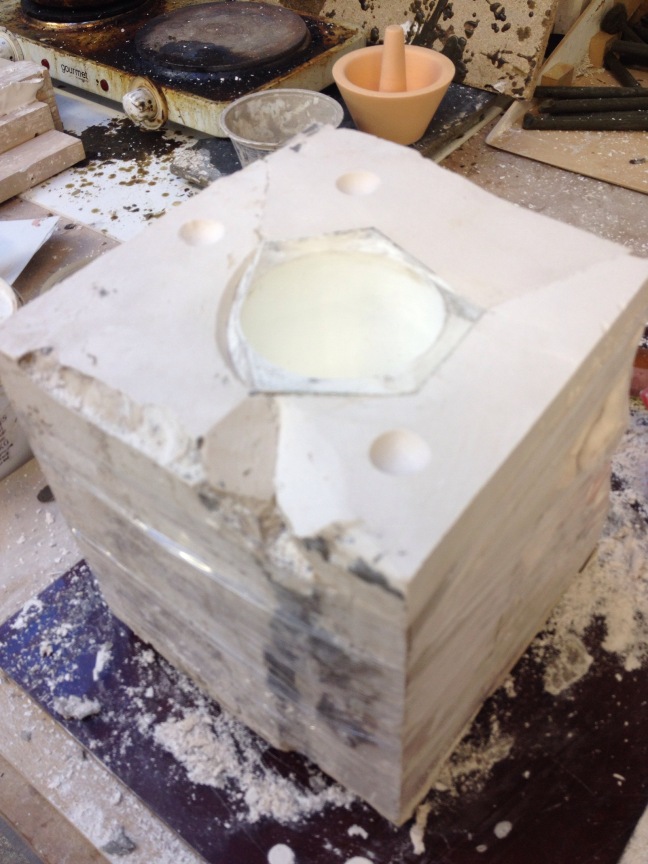 Lock holes were drilled into the three walls at the top.

I then built walls around the mold and sealed for the pour.

This process was repeated for the bottom. 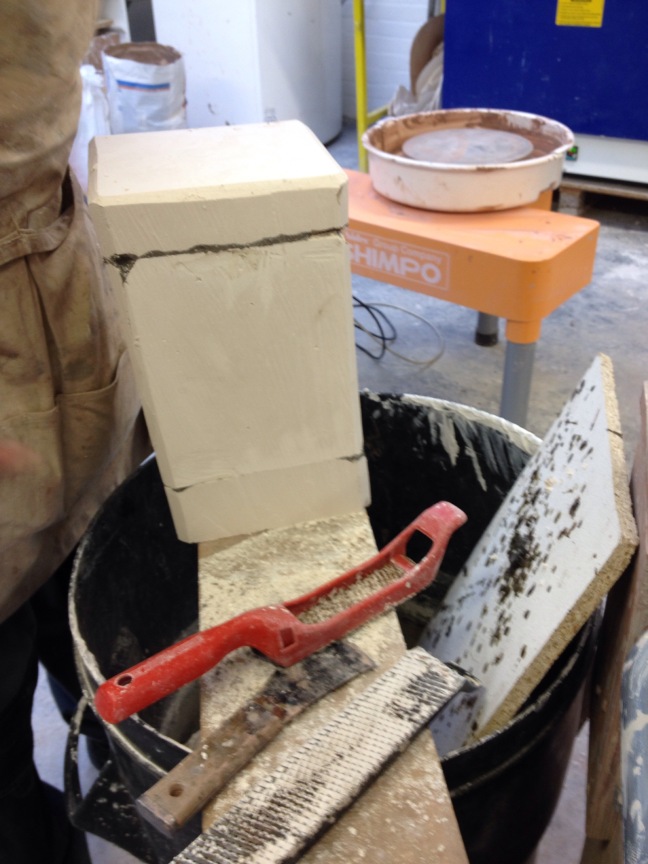 The five parts were then planed into one nice block.

This is the final reveal as I took out the 3D print. 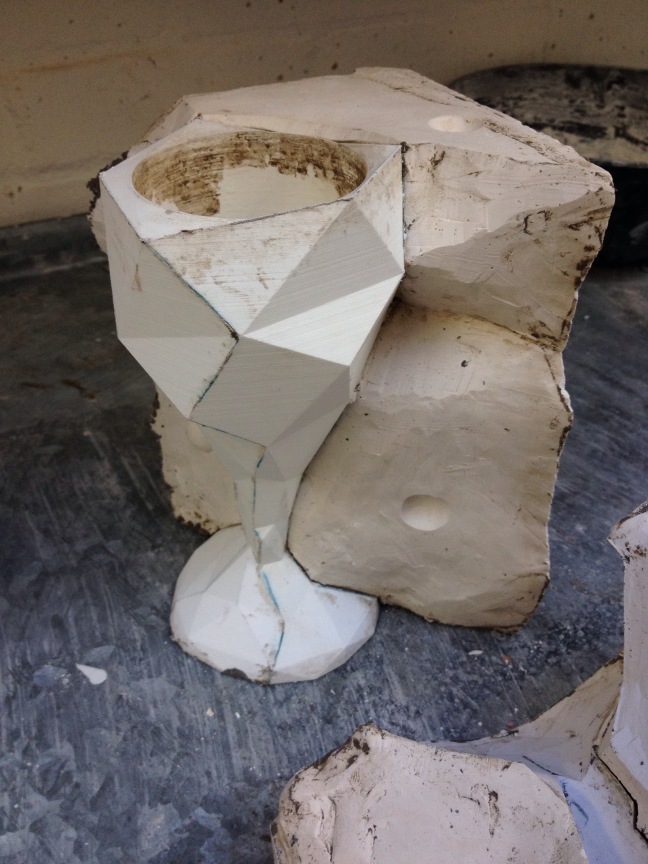 The mould has now been placed in the drying cupboard and will be ready to use hopefully in three days time.

I have decided that as a little tongue and cheek I will add a rat handle to my rat brain cell colander.  When I thought about it last week I had a giggle to myself about having a rat hanging on my wall and watching me whilst cooking my pasta in my shipping container.  The rats tail doubles back to allow it to be hung from the wall.  I have spent a few days modelling this and I still need to finish off the bowl and think about how I am going to attach the rat handle to the bowl.  I want to try and stay away from using artificial chemical bonding (aka glue), I may add in holes that I can try and plastic weld the two together with my 3D doodle pen.  My other idea is to try and make a clip out of the handle that the hands will attach to.